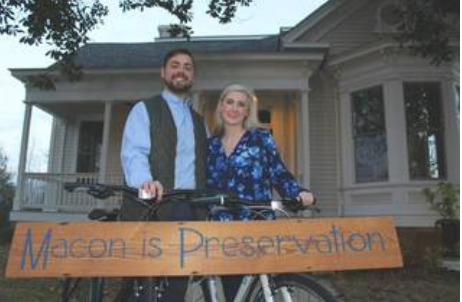 New Beall’s Hill homeowner Dalton Turner sells pharmaceuticals for a living, but you may see him pedaling something else through Macon.

Turner and his girlfriend, Rebecca Barber, received two new bicycles when he purchased a restored home on Calhoun Street from Historic Macon this year.

A Google street view still shows the formerly overgrown yard, boarded-up door and broken windows of the 1900 house he bought on the outskirts of downtown.

“The Calhoun House stole our hearts from the moment we entered,” Turner said in a release from Historic Macon.

View all posts by Bobby Schorr →